After Microsoft launched the latest version of Windows operating system in October, there has been ample debate over its merits and demerits. Even before the new version was released, there was a lot of hype and developers had awaited its launch with bated breath.

There were calculations and expectations regarding its trademark user-friendliness, use of new-world technology and its intuitive interface. Developers all over the world were looking forward to Windows 8 as the ideal mobile app development platform. So has Windows 8 app development proven to be a good idea? Here we will discuss the merits and demerits of choosing Windows 8 for app development. True to its trademark position of being the easiest and most user friendly system, Windows’ latest version was easy to use and quick to adapt to. Besides, it has a number of other features that are mentioned below.

There is no stronger contender in the market that makes it so easy for developers to develop mobile apps. There are many languages that could be used to create apps for Windows 8 including C#, XAML, C++, Visual Basic and DirectX. In fact, you can create apps even using only basic web programming languages such as CSS, JavaScript and HTML 5. Since some of these languages require minimal learning curve, it wouldn’t require much time for developers to adapt to Windows app development.

The new Windows 8 OS platform has a new and improved task manager. It has targeted both the regular and power users, so ending applications or getting more details has become easier.

By isolating the logic code and the UI for the app, you can reuse a large part of the logic to create the same app on Windows 8 as you have created for Windows Phone 8. This allows for greater efficiencies and for reduced efforts for creating apps across all Windows based devices.

The new interface of Windows 8 is claimed to be confusing. It is a challenge to find the start menu for the first time users. This may be a challenge for app developers as people are criticizing Windows 8 for creating difficulties in browsing their favorite system. However mobile app developers have it a little better because the user interface is highly geared towards touch based actions.

A small circle of people are saying that the new interface feels like it was developed only for mobiles and tabs and then later shifted to desktops. The usability support for mouse and keyboard is poor and at the same time people are still not convinced about the quality of its touch screen. Desktop app development companies who are thinking of developing a game or app that requires lots of touching and pressing might want to keep their ideas stalled for the time. However, this should not deter the mobile app developers as the platform is focused on mobile usability.

Limited apps in the app store

With the launch of Microsoft’s app store, mobile app developers have a single platform to release their apps. However, there are still few apps that have created a “WOW’ factor and so there is still a dearth of quality apps that can attract more users to the platform.

In any case, it is still safe to go for Windows app development as the company still has a leading position in the market especially amongst enterprise users and its app store is a sure sign that the company is very serious about application development on the platform.

On top of this, their partnership with Nokia will especially help them grow marketshare in strongholds of Nokia such as India and Argentina, leading to a large user base.

Plus it’s penetration in the SMB Enterprise space will further help it grow across various devices and geographies leading to further growth of the platform. With Microsoft’s deep pockets, no one is them out in the race for OS dominance.

You can learn about Rishabh Software’s mobile application development services on various platforms like iOS, Android and Windows 8 by this filling in this contact form or calling 1-877-747-4224. Benefits of Developing Xamarin Based Field Service Apps for Businesses 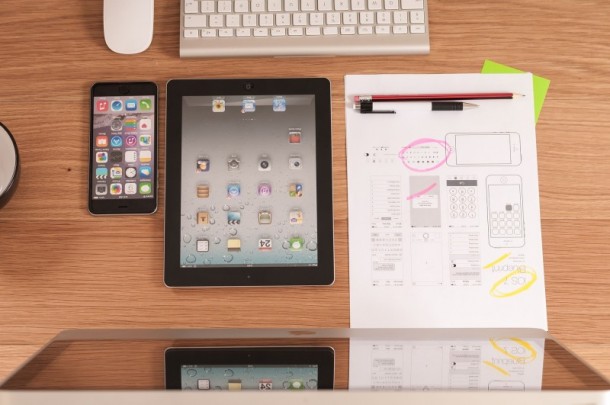 Hybrid Apps: The Future Is Here