Home > Blog > Application Performance Testing : It’s Goals and How to Achieve Them

Application Performance Testing : It’s Goals and How to Achieve Them

Most of the applications developed in current times are deployed on the internet with multiple integrations to other business systems which have millions of user base accessing those integrated systems. A good example to take is an email service provider integrated with known choice of social connectors and business applications. The success of these applications’ relies heavily on issues as risk compounds with external reuse due to the mission critical aspect of the corresponding business transactions. A down time can cost significant losses in revenue as well put the company’s reputation in jeopardy. This is where performance testing of the application becomes very critical.

Flexibility of Service Oriented Architectures (SOA’s) is also a factor contributing to a sudden increase in usability. To avoid losing the momentum with respect to user base, it becomes vital to conduct performance testing to ensure that quality of service agreements are met in the light of anticipated and unanticipated usage scenarios.

Typically web services are standardized across a certain industry with many different vendors implementing the same service with a fixed interface that is capable of handling higher loads than other web services in the market.

With web services deployed on the internet, it is often impossible to accurately predict the workload unless it becomes popular like Google, Facebook, Twitter etc. (which have millions of web transactions per day with a large user base from around the world). At times, the system’s saturation point against different variations in network latency and throughput is underestimated, leading to degradation of the applications performance against time.

The prime goals for performance test include:

To achieve the above goals, performance testing includes :

This article introduces you to an efficient way of conducting application performance testing that reduces your testing efforts. Imagine this situation: You are about to launch a Web Application. The application’s performance is crucial but you have very limited time to meet deadlines? How will you optimally execute the performance test? 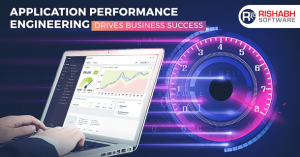 The global oil & gas industry over the past several years has witnessed more significant opportunities amidst challenges. It is across a prolonged run of high and growing rig counts, mega-capital-expenditure projects, and more.